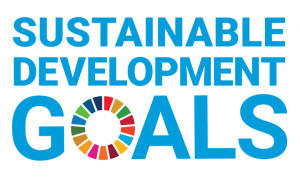 Skip to content
Press Enter / Return to begin your search.

“[…] Internet of Things (IoT) – networks of objects that communicate with other objects through Internet – holds potential to transform today’s agriculture by enabling more precise resources management through low-cost sensors and generating large amount of data for effective decision-making. While the IoT for agriculture has so far been visible mostly in developed countries, it holds prospects of benefiting the farmers in developing regions due to the combination of three contributing factors: rapid decline in sensor costs, increasing penetration of smart phones, and expansion of global mobile broadband coverage. Once the appropriate enabling conditions are in place, IoT solutions can be realized through various technology applications such as satellite-based remote sensing, on-ground wireless sensors network, and unmanned aerial vehicles (UAV) like drones. Against this backdrop, the World Bank Group, with financial support by the Korea-World Bank Partnership Facility (KWPF), and in collaboration with USAID and Feed the Future, the U.S. Government’s global hunger and food security initiative, is excited to invite and introduce innovative players in the sphere to share insights and knowledge. The World Bank’s Agriculture Global Practice will organize a webinar series on Internet of Things (IoT) for Agriculture to highlight the innovation, business models, and demonstration of results on the ground for applying IoT in Agriculture.”